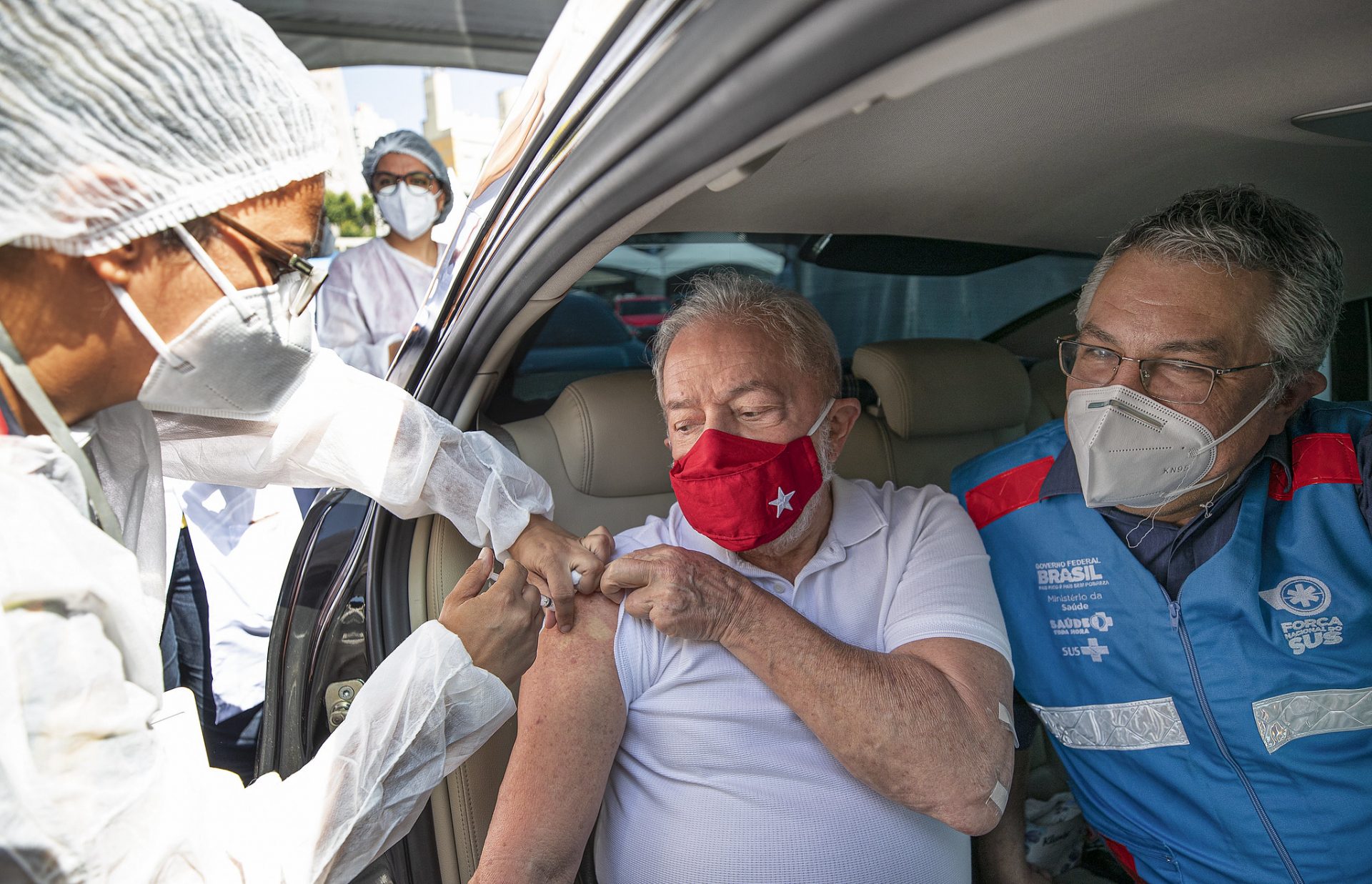 Today is the saddest World Health Day in Brazilian history, the country being the epicenter of the world pandemic of Covid-19. What I most wanted for this is to be a day of celebration. A day on which every Brazilian could celebrate achieving the right to health and, therefore, to life.

There is nothing to celebrate when an uncontrolled pandemic has already killed almost 3 million people around the world, 330,000 of them in Brazil alone. And the deaths continue to increase.

Unfortunately, our country is now considered a global threat, due to the uncontrolled circulation of the virus and emergence of new mutations. It must be said that this threat to the planet has a name and a surname: Jair Bolsonaro, President of the Republic who systematically denies science and ignores the suffering of the people he has sworn to defend.

Today in Brazil, health professionals have to fight at the same time against a deadly virus and the government’s neglect, which ignores the lack of personal protective equipment – such as masks – medications for intubation and oxygen, among others.

At the same time, the main instruments against the virus – mass vaccination, social distancing and the use of masks – are criminally boycotted by the government.

Which is why today is also a day of mourning. A day to share the pain of millions of Brazilians who lost their mothers, fathers, sons, daughters, friends, loved ones. A day to turn our hearts and prayers to all the people who at this very moment are fighting for their life in the ICUs or even in the corridors of overcrowded hospitals, because they were not vaccinated in time.

Today, more than ever, is the day to renew the fight in defense of the Unified Health System, our SUS [in Portuguese initials], victim of criminal attacks by this government that, in the middle of the pandemic, wants to remove no less than R$ 35 billion from its budget for 2021.

Today is a day to remember that Brazil is the only country with more than 100 million inhabitants that has a public, free and universal health system. And that the SUS is the result of the people’s struggle, the intense mobilizations of the Brazilian health movement, and is built daily by millions of workers.

Without the SUS and its health professionals, without other professionals who support life, such as cleaning, security and transportation teams, without SAMU [Urgent Medical Aid Service], UPAS 24h [Emergency care units], Fiocruz [Oswaldo Cruz Foundation], the Instituto Butantan, our humanitarian tragedy would come to even more devastating proportions.

Today, World Health Day, is a day of struggle against genocide. Against the government’s denial that treats the biggest health crisis in our history as a cold flu, and says “So what?” for our dead people.

The same government that, even in 2020, at the beginning of the pandemic, failed to buy up to 700 million doses of vaccine offered to it. A criminal irresponsibility that has already cost and will continue to cost countless lives.

Brazil had a National Immunization Program recognized worldwide. In my government, we were able to vaccinate 80 million people against H1N1 flu in just three months.

Bolsonaro, by contrast, already in his first year in office, failed to meet the goal of vaccinating our children for the first time in this century. And only now, after thousands of dead Brazilians and intense pressure from governors, mayors and society in general, he accepted to vaccinate our people, even so at a slow pace that costs 4,000 lives each day.

Under the current government, Brazil abandoned its historic position, along with other emerging countries, of fighting the monopoly on essential products to guaranteeing life.

In an indefensible and irresponsible decision, the Bolsonaro government took a stand against the breach of vaccine patents, which would contribute significantly to the fight against Covid-19.

Instead of defending immunizers as a public good for humanity, this government advocates the private commercialization of vaccines and their concentration in a few companies and countries.

If we maintained our historical position, more public and private companies could contribute to the vaccine production chain. As a result, more people would be immunized, thousands of lives would be saved and economic recovery would be closer.

Health is not a luxury item. Life is not a superfluous product, available only to those who can afford it.

Therefore, today is the day to reaffirm our commitment in defense of life. In a country with 14.3 million unemployed and 19 million hungry people, defending life means also to guarantee the financial support and security for small and medium-sized entrepreneurs, and pay emergency aid of R$ 600, which allows people to stay at home, instead of using overcrowded public transport, like cattle going to the slaughterhouse.

Today is the day to say loud and clear that every human being has the right to live, to have something to eat, to have a decent job, to live in a more just world.

That is why this World Health Day is also a day of fighting greed. It is unacceptable that 76% of vaccines applied so far in the world are concentrated in only 10 countries, while millions of human beings die around the planet.

Since the beginning of the pandemic, the lack of international solidarity and the absence of strong and coordinated measures by governments have accentuated inequality.

I have suggested to world leaders that an emergency G-20 meeting be convened, with the aim of finding mechanisms to make vaccines available to all of humanity.

In the two urgent battles of our time, against hunger and against Covid-19, the world needs unity and urgency.

We cannot consider living in a world where part of the planet is vaccinated while part is abandoned and isolated to be a free field for mutations of the virus. The epicenter of the pandemic cannot be Europe first, then Brazil, and Africa next, with new variants restarting the cycle of death and sadness around the world.

Churches, unions, political parties, social movements need to look beyond their borders to the fact that we share a common planet, we are the same species and today we face the same threat.

If we never physically needed to be so isolated as now, on this World Health Day I want to remember that we never needed to be, in politics and in solidarity, as close together as today, to overcome the challenge of Covid-19, and for all humanity to have the right to health and to a full life.