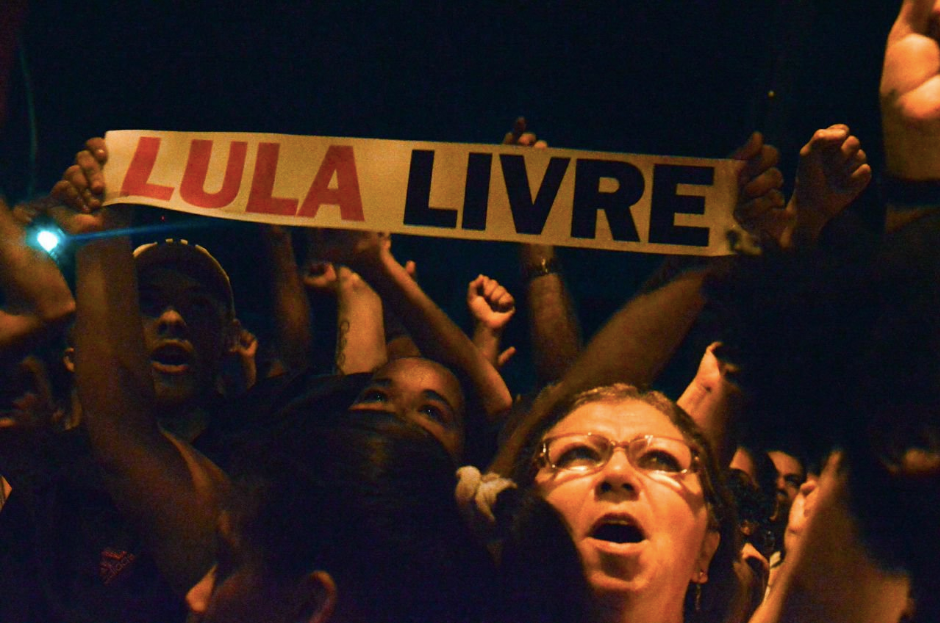 Various levers of the legal system spun into action on Sunday to prevent the freedom of former Brazilian president, Lula Inacio Lula da Silva, after a judge in Porto Allegre declared he should be released, pending his appeal. In a day of dramatic developments, the decision of Rogerio Favreto was finally overturned by Eduardo Thompson Flores, the head of the federal regional court, who stated that judge Joao Pedro Gerbran Neto had jurisdiction over the case, rendering the decision to release Lula null and void.

Lula is serving a 12-year prison term in Curitiba following his conviction on charges of corruption in the Lava Jato (Car wash) case in July 2017. Lula gave himself up to the police amid a massive mobilization of his supporters on April 5. The legal process that led to his imprisonment has been widely condemned as much of the evidence is flimsy. Lula’s supporters have termed the prosecution ‘lawfare’ and see it as part of the constitutional coup that began with the overthrow of former President Dilma Rousseff in 2016.

Sunday’s developments began with Favreto, a judge of the Federal Regional Court of the 4th Region, ordering the release of Lula in response to a habeas corpus petition. Favreto also said that Lula had the same rights to campaign as other candidates. The order led to great rejoicing among Lula’s supporters. Immediately, judge Sergio Moro, who was the driving force behind the move to put Lula behind bars, declared that Favreto was not authorized to set Lula free although he himself had no jurisdiction over the case anymore. Even as Favreto reiterated his order and gave the police clear instructions to release Lula, Neto, also from the Federal Regional Court of the 4th Region, stepped in and halted the release. Yet again, Favreto ordered Lula’s release after which Flores arrived at his decision.

Protests broke out in the country after the decision of Flores. Lula’s supporters say he is being targeted so as to prevent him from contesting in the presidential elections scheduled for October. Lula has a substantial lead in all opinion polls and has constantly reasserted his determination to continue the struggle. His supporters have noted that Lula was convicted based on the testimony of someone who was already found guilty of corruption.